EmuELEC 4.6: shortcomings of the test version

Unfortunately, I didn’t find where to write comments on new versions, I decided to write comments on EmuELEC 4.6 here: on the s905y2 equipment, the sound on the WII and GAMECUBE console emulators disappeared, instead of sound there was constant noise, they began to work more slowly, this was observed in version 4.4, everything was fixed in 4.5 and here again, the problem with the ports, so SORR does not start, as if the game folder is empty, sometimes all the names of the games in the menu disappear. The main shortcomings, I hope you fix them, thanks.

Did you do a clean build from the dev version? Or did you get 4.6 from here: 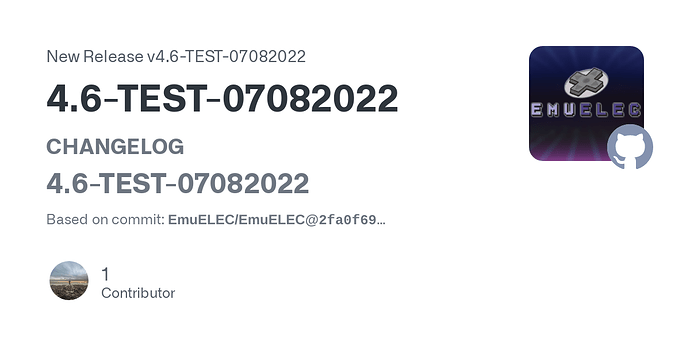 That version is known to have no sound on dolphin and should be fixed.

Downloaded from the link

Yeah it’s known to have no sound on dolphin, The dev release on github it’s fixed but you have to compile it yourself atm. For now use 4.5 if u need audio until 4.6 is officially released.